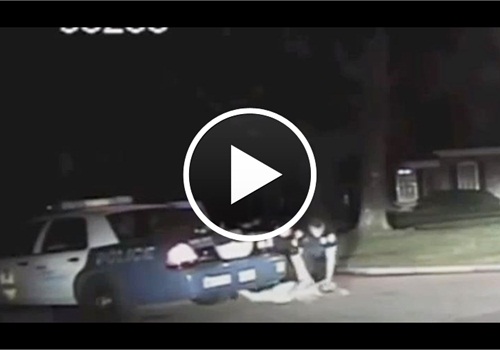 Two Tallahassee (Fla.) Police officers have been placed on administrative leave as part of an excessive force probe stemming from the arrest of Christina West for drunk driving on Aug. 10.

City Commissioner Scott Maddox said patrol car video of West's arrest by Officers Chris Ormerod and Matthew Smidt, who were cleared by a sergeant and lieutenant, "made me nauseous." Maddox pushed for an investigation of the officers, reports WCTV.

The incident began at 2:10 a.m. on a Saturday when officers responded to Delaney Drive and Killkenny Way in northeast Tallahassee after West crashed her vehicle into a house. West had three foreign exchange students in her car at the time.

West failed a sobriety test and told officers she had taken prescription medication while drinking alcohol before the crash. She was arrested and placed in the back of a patrol car.

During the investigation, officers discovered that West had slipped her handcuffs. After officers removed her from the car, West resisted arrest. During the confrontation, West falls face first onto the pavement and hitting her head. She sustained a broken cheek bone, along with scrapes and bruises, according to a city press release.

We understand that the video is disturbing to watch, and it is for us too," said Chief Jones in a statement. "We use cameras to help capture events such as this and are making the entire video available as we continue our internal investigation."