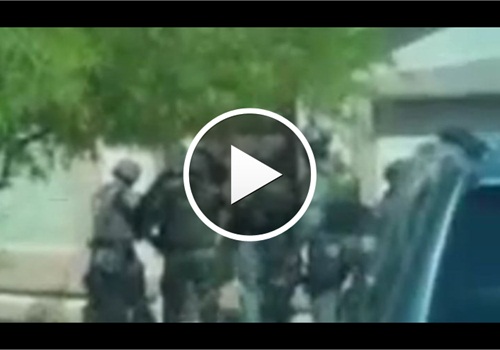 Pima County, Ariz., has agreed to settle a lawsuit over the fatal shooting of a Marine who pointed a gun at SWAT officers during a raid two years ago. County officials say they'll pay $3.4 million to end a two-year legal battle.

The settlement closes out the county's dispute with Vanessa Guerena, the widow of a former Marine, Jose, who died in a barrage of police gunfire on May 5, 2011. The settlement also includes Marana, Oro Valley, and Sahuarita, which had officers in the raid, reports the Arizona Daily Star.

SWAT team members had arrived at the home of Jose Guerena, 26, southwest of Tucson after receiving information in a narcotics investigation that he may be involved in drug trafficking.

Guerena was killed during the raid while holding an AR-15 rifle. Officers fired 71 shots; 22 struck Guerena.

A Pima County Sheriff's Department spokeswoman told the Daily Star the agency disagrees with the settlement because even though the shooting was tragic, officers "performed that day in accordance with their training and nationally recognized standards." The county's administrator called he agreement a "calculated risk-management settlement."

The officers were cleared in June of 2011, when Chief Criminal Deputy Attorney David Berkman released a report concluding officers needed to "take immediate action to stop the deadly threat against them."