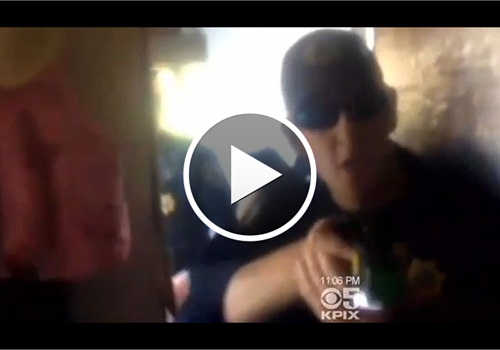 Cotati (Calif.) Police officers entered the home of a military veteran after a neighbor called 911 Friday to report a domestic dispute. The veteran released his video of the episode that he says shows police improperly entered his home.

James Wood, 33, said he had a loud argument with his wife. Cotati PD officers arrived and eventually entered the home. The video shows an officer TASERing Wood, who drops to the floor while filming.

Wood told CBS News he just returned from military service in the Middle East and didn't give officers permission to enter his home.