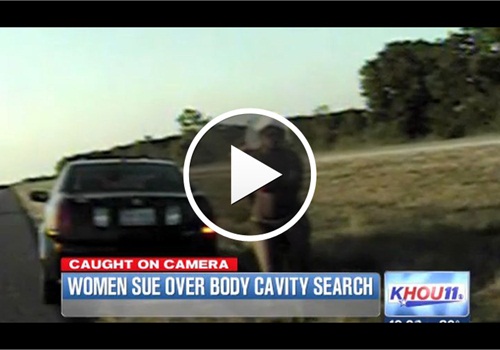 A female Texas trooper has been fired and her male partner suspended for the roadside cavity search of two bikini-clad woman in Brazoria County in May of 2012.

Brandy Hamilton, 27, and Alexandria Randle, 26, were headed home to Houston from Surfside on Memorial Day when Trooper Nathaniel Turner pulled over their vehicle for speeding, reports the Houston Chronicle.

Turner suspected the two had drugs and requested that Trooper Jennie Bui check the women. Trooper Bui didn't conduct a standard pat down and instead performed a full cavity search of both women, according to a lawsuit filed by the women.

Trooper Bui allegedly didn't change gloves between the searches, reports KHOU. No drugs were found during the stop.

The Texas Department of Public Safety fired Bui on June 29 after an internal review. Turner was suspended June 10 pending the outcome of a review. A Brazoria County Sheriff's deputy who responded to the scene was also named in the lawsuit.

The incident bears some similarity to a roadway cavity search by two Texas troopers who pulled over two women in Dallas County in July of 2012. That case also led to the firing of a female trooper.