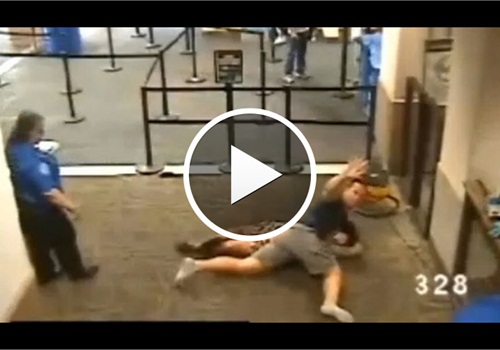 An off-duty Pinole (Calif.) Police officer came to the aid of a TSA officer at the Honolulu airport, after a homeless woman with a history of mental illness began assaulting the woman.

TSA officer Deanna Rezentes was guarding the passenger exit at 1 p.m. on March 30, when Wailana Haiola, 43, allegedly knocked down a sign and then began attacking and punching Rezentes.

Justin Rogers, an off-duty Pinole PD corporal leaped over a glass barrier and subdued the attacker. He was still wearing socks because he'd taken off his shoes in the screening line.