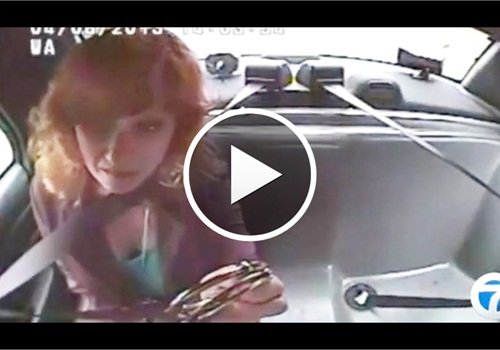 A Michigan elementary school principal arrested for drunk driving can be seen on an officer's cruiser video system slipping out of her handcuffs and attempting to hand them to the officer.

Kim Warren, 44, was charged Monday under a "super drunk" ordinance in Novi, Mich., for an April 8 drunk-driving arrest. She was arrested in the parking lot of Deerfield Elementary School. Warren blew a .21 and .20, more than twice the legal limit, during two breathalyzer tests. The officer recovered an open vodka bottle from her vehicle. Warren has since been suspended from her position as principal, reports WXYZ.

In the video, Warren is seen crying and telling the officer she plans to quit her job. At one point, she slips out of the handcuffs and offers to hand them to the officer, who tells her not to throw them out the window.