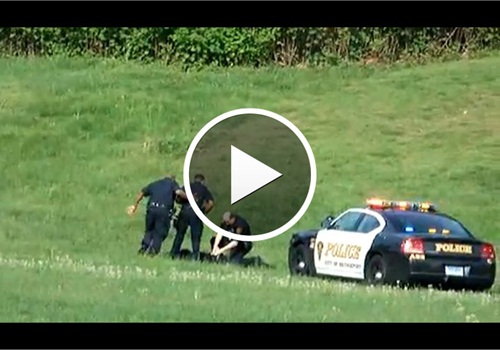 Three Bridgeport (Conn.) Police officers have been moved to desk jobs after a video surfaced showing them kicking a suspect after a foot pursuit.

Officers Elson Morales, Joseph Lawlor, and Clive Higgins were placed on administrative status on Jan. 18, the day after Chief Joseph Gaudett Jr. learned about the video. The officers are all 10-year veterans of the agency, reports the Hartford Courant.

A witness posted video of the May, 20, 2011, incident to YouTube earlier this month.

A police cruiser enters the frame bringing a third officer who exits the vehicle and also delivers at least one kick to the suspect.