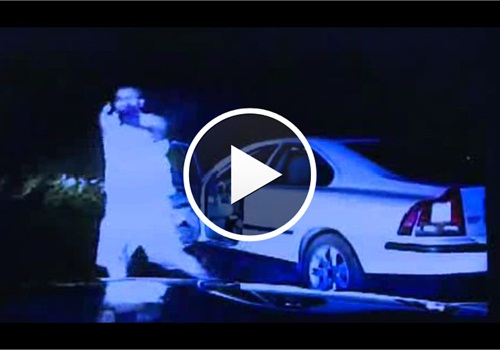 A felon with a history of drugs and assaults on officers allegedly ambushed a Fortville (Ind.) Police officer who pulled him over early Saturday morning following a pursuit.

The incident began shortly after midnight, when Officer Matthew Fox attempted to pull over a white Volvo for a busted tail light in the 7900 block of Carroll Road. The incident was captured on Officer Fox' patrol car video system.

The driver, James Roscoe Lockhart III, refused to stop and instead led Officer Fox on a pursuit into Marion County. Lockhart stopped, exited his vehicle, and fired 12 shots at Officer Fox in 16 seconds with a .45 handgun.

The officers returned fire, after Lockhart fired an assault rifle at them and killed the suspect while he was reloading, reports Fox 59. An Indianapolis Metro P.D. officer was grazed with a bullet in his forearm, reports the Indy Star.