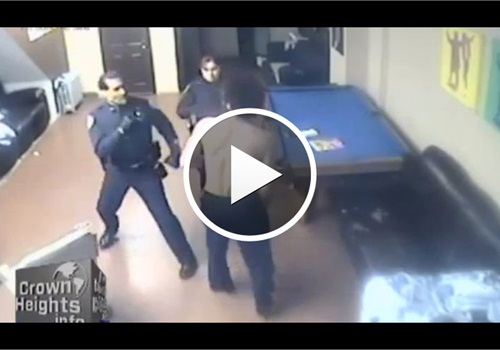 Jewish leaders on Monday denounced the New York Police Department's rough arrest of a homeless man at a Brooklyn center for at-risk youth earlier this month.

Hassidic leaders and elected officials demanded an investigation into the Oct. 8 arrest of Ehud Haleavy, 21, at the Alternative Learning Institute for Young Adults in Crown Heights.

Officers responded after someone in the center reported Haleavy sleeping in the woman's section. Officers confronted Haleavy, who was reportedly drunk. After Haleavy pushed an officer, the officer can be seen wrestling with and punching Haleavy. A female officer can be seen striking Haleavy with her baton and using pepper spray in video footage captured by surveillance cameras.