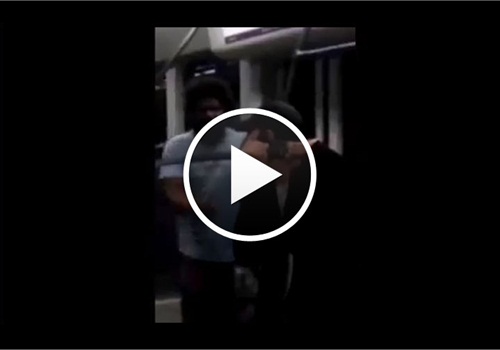 A man wielding a full-length samurai sword broke up a fight on a Phoenix light rail train last week, when he drew the weapon and advanced toward the attackers.

The fight broke out around 2 a.m. on Oct. 6 near Central Avenue and Camelback Road. A train passenger recorded the incident and posted it on YouTube, where it has gone viral.

In the video footage, two younger males appear to jump another male, kicking and punching him repeatedly in the head. That's when a white male can be seen drawing the sword and advancing toward the men.

The incident is currently under investigation by Valley Metro Rail and Phoenix Police, reports KTAR.