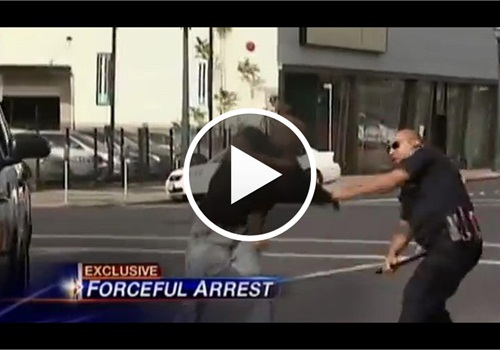 The incident began when officers approached Barike Wiltz, 34, near a cineplex. Officers scuffled with Wiltz, who was intoxicated, and the parolee tried to grab the service weapon of one of the officers.

Wiltz broke free and ran around the corner, where another officer confronted him and can be seen delivering a rapid succession of blows with his baton. The officer eventually snaps the baton in half, as he and several other responding officers bring Wiltz into custody on the sidewalk. Two other officers can be seen using their batons.