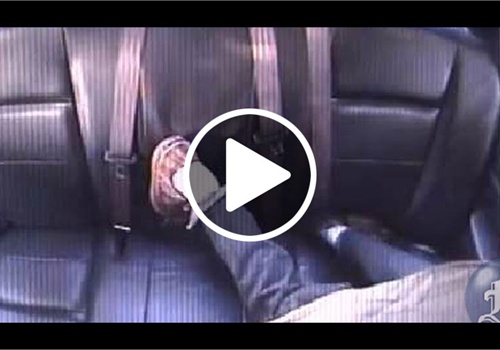 A 26-year-old suspect can be seen wriggling free from his handcuffs and climbing out of a locked West Bloomfield Township (Mich.) Police cruiser in a raw video released by the department.

Quincy Alexander, 26, of Detroit was initially arrested in a swampy area. Alexander can be seen in the back of the cruiser biting his handcuffs and slipping the cuff off his right wrist.

He then leans into the front of the cruiser and appears to lower the window on the rear passenger side door. He can be seen crawling out of the vehicle.

The escape caused a three-hour manhunt by four departments and two K-9 dogs to catch the suspect, accused of brandishing a knife while staying overnight with two women in the township.