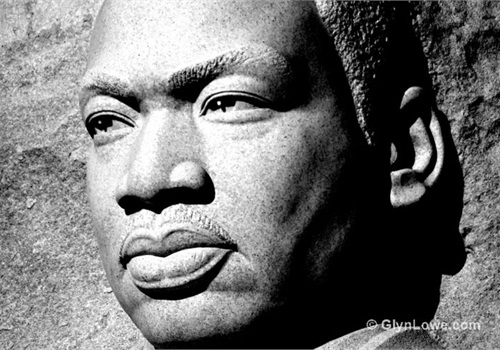 When Dr. Martin Luther King gave his "I have a dream" speech in Washington, D.C., black Americans were particularly suspicious of police officers and with good reason. Fifty years later, I suspect that many are now just as suspicious of us. That's a failure within the law enforcement community that demands a remedy.

Despite over 800,000 officers (federal, state, tribal and local) who mostly serve with distinction, I suspect our profession suffers in part from the sins of our predecessors along with our own indifference about the ingrained mistrust toward our chosen occupation for many minority Americans.

It should be obvious when seemingly singular localized events can take on national attention, causing the police profession as a whole to be questioned as unjust. The early frustration in the Trayvon Martin case was directed squarely at the Sanford (Fla.) Police Department. Not only can these events raise questions, but they can also be sadly polarizing experiences for our nation.

Regardless of how accurate the perception is of police in the eyes of minority Americans, if police are viewed in certain neighborhoods as an occupying force who are prone to bias, it's difficult to have short- or long-term success in making a community safe to live and work. Despite this, there are many things police agencies and officers can do to build trust especially with young people where early imprinting can have a huge effect.

Endorsing community policing programs is an important first step in developing a people's confidence in their public servants. Efforts can range from more foot patrols to collaborative crime prevention strategies that include the public's participation. Of special importance is the use of police officers in teaching roles with kids. This can be accomplished through putting more cops in classrooms where they can teach safety programs like e-Copp that instructs students on Internet safety or DARE, which addresses drug abuse.

When it comes to the agencies and individual officers, more training that addresses constitutional law, verbal skills, and cultural awareness may help produce more knowledgeable officers versed in the law who value the uniqueness of American life and can speak to people with professionalism.  Also, regularly encouraging officers to follow the Golden Rule from the Sermon on the Mount of treating others the way you want to be treated can result in high-caliber officers who are likely to appreciate balancing the letter of the law with the spirit of the law.

When it comes to police leadership, more transparency will go a long way toward building trusting relationships with our customers who have historically been mistreated by police officers. This can be achieved by budgeting funds so every police cruiser is equipped with in-car video cameras. Feeling that our word should be trusted, I was initially reluctant when my agency got video cameras but with time I grew to really appreciate their impact.

Instead, I've learned that video only reinforced our word. Video is not enough. Police leaders need to be more open when our actions are called into question and ensure more timely investigations. Although a case should not be compromised by disclosing sensitive intelligence, there are times when limited information can be provided to the public. In our age of information, people will instead glean it from various sources, which can result in gross misinformation. This reinforces people's negative perception that officers are covering up for themselves.

Connecting more with those we serve is vital if we want to erase the misperceptions that too many, especially those customers who have been victims of institutional racism, have towards those sworn to protect and serve them. Doing so can strengthen the relationship between the server and the served.