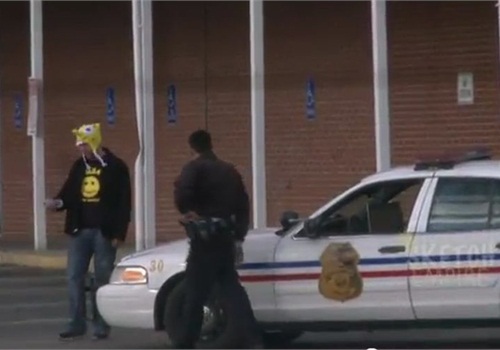 This first item falls into the "be careful what you ask for" department. I was offered the opportunity to read the memoirs of a D.C. cop recently, and took advantage of it. I did so with the understanding that if I didn't like the book, I would refrain from comment (as a fledging memorist, the last thing I want to do is rain on another's parade). Conversely, if I liked it, I would have no trepidation in saying so.

What I hadn't considered was the possibility of a third reaction: That I might more respect the author's candor than feel very comfortable recommending it.

In fairness to the author, I don't know what else I should have expected from a book whose title is "WTF: What the [email protected]&K." Officer Mac, the author in question, obviously takes pride in being a straight shooter and even greater pains to prove the point. His "take-no-prisoners" posture means that he pretty much nails everyone's ass to the wall. And he does so with little concession to the sensibilities of all involved—there's nary a euphemism to be found.

And I gotta be honest, from Lenny Bruce to Richard Pryor, I have always appreciated equal opportunity offenders. I hope that those who get through his recommendations to the black community—you think Bill Cosby was rough—stick around for his take on the white community, too. He also provides his takes on certain women (most often referred to as a word that rhymes with "riches") and gays (in keeping with his expected parlance, he refers to the more flamboyant segment by another term).

And so, a tempered recommendation. If you're intrigued by the prospect of reading the hard-earned recollections of a D.C. copper, it's there to be had. His anecdotal stories are both entertaining and edifying, but be sure to wade in with plenty of thick-skin and little expectation of couched sentiments. The author can be contacted at [email protected], or you can visit the Officer Mac website. The book is available through Amazon.

Here is a video that I suspect is representative of what we'll be seeing more of in the near future—cops getting suckered into taking proactive measures based upon what they think they're seeing.

My visceral response upon watching these dumbasses is to get pissed. And I still think that the practice of inducing cops to take reasonable actions in response to a perceived problem is a damn dumb one (admittedly, a redundant observation as the jackass demographic factors considerably on both sides of the camera). But at the same time it illustrates how cops have to respond decisively to what they are seeing.

A recent blog I wrote about the race-baiting taking place around the Martin-Zimmerman shooting garnered some expected dissenting viewpoints by some non-law enforcement types. Normally I would have jumped in and torn the assholes some new ones. But the responses of other officers herein—more restrained and polished than I might have mustered through a prism of anger—mitigated the need for me to do so. And so a sincere thank you to those who took the time to post some salient rebuttals. The ancillary beneift of saving my ass some grief is greatly appreciated. The only thing left for me to do is spell out the reason for my having included the names of the officers killed: BECAUSE THEY DIED INCIDENT TO RACE RIOTS (insert protracted and heavy sigh here).

Speaking of race riots, why isn't Eric Holder going after the New Black Panthers, what with their polling place intimidations and advocating the racial genocide of whites? Oh, that's right—"we're a nation of cowards when it comes to race." Well, Mr. Holder, I'm sure that you're sleeping well at night knowing that you're living up to your own appraisal of things.

A thought for some defensive tactics instructors and younger officers going through their courses: Take it easy on the older folks. Yes, they can use the training. But practical application sessions can be a bitch on their joints and ligaments. Remember: They aren't as pliable as they once were, and as you get older, you will find this to be the truth. Working on LASD I knew a few older deputies and detectives that suffered needless injuries just because their wrists, shoulders, and elbows were needlessly tweaked beyond reason. Yes, there will be those macho elders who will say I am full of shit and to "bring it on." But I suspect that there are many more who are apprehensive about getting hurt but won't say a word because it goes against their grain. Just something to think about.

Turning in the direction of that old guard...

Yeah, we know you're old school and you've dealt with old timers who were probably harder on you than you're allowed to be on younger troops today. But surely you knew people who treated you pretty good regardless of what stage of the game you were in. Remember how much you appreciated it and how you filed such experiences away?

Now ask yourself: Am I doing as much for someone else? Someone who is deserving of the overture? Just a thought.

Finally, if you haven't yet friended me on Facebook, you're not only depriving yourself of some entertaining threads and debates and memoir excerpts but—and more importantly—keeping my FB friends numbers needlessly down.