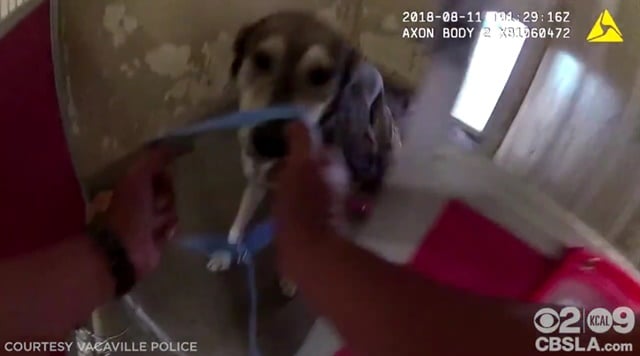 In the chaotic moments on Friday when the Nelson Fire first started bearing down in Solano County, officers from the Vacaville Police Department jumped into action.

Right in the path of the fire was the SPCA of Solano County, housing dozens of animals, CBS reports.

With smoke just off in the distance, officers went right to work and started to help corralling animals. As captured on body cameras, officers ran into the building and started grabbing animal after animal, stuffing them into trucks, cars and even patrol vehicles.