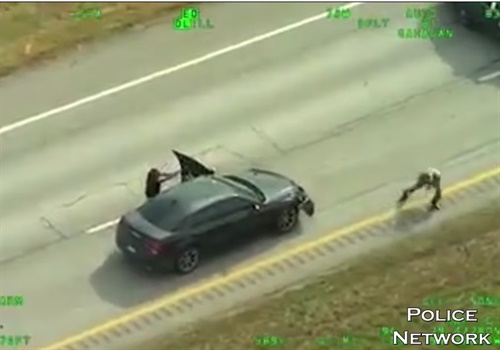 Video of a harrowing incident involving a Texas Department of Public Safety Trooper that occurred in February has just been released.

The trooper and a suspect exchanged gunfire following a brief pursuit. The suspect—later identified as 33-year-old Ernest Manuel Montelongo—subsequently died.

A DPS helicopter hovering above captured the entire incident on video.

The trooper was airlifted to a local hospital in the DPS helicopter after suffering a gunshot wound to the arm, according to reports.

The trooper is "recovering and doing well," according to KSAT-TV.