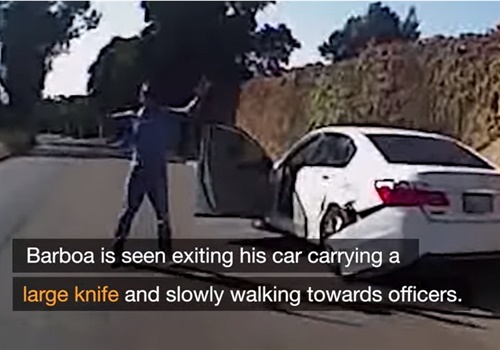 Vallejo, CA, police released a 42-second video clip that immediately preceded the fatal officer-involved shooting of 45-year-old Jeffrey Barboa, who police say was wanted in connection with an armed robbery.

In the video — which was released after being seen in open court during a coroner’s inquest hearing — Barboa is seen exiting his car carrying a large knife and slowly walking toward officers.

Two officers testified at the inquest hearing that Barboa was screaming, “Kill me!” as he walked toward police, according to the East Bay Times.

The footage ends just before the first shots are fired.