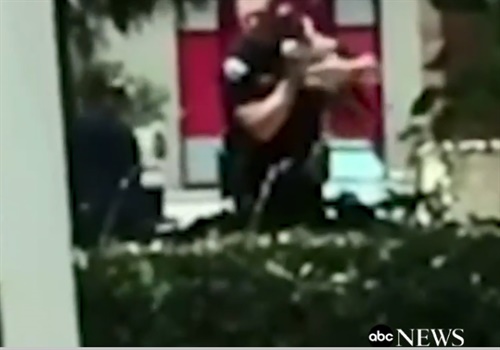 VIDEO: Texas Police Save Baby Being Held by Suspect as Human Shield

Murphy (TX) police rescued a baby from a suspected bank robber who allegedly tried to use the child as a human shield when officers attempted to arrest her, according to WFFA-TV.

Authorities said that 36-year-old Evelyn Misumi dumped gasoline and lighter fluid on the floor of a Bank of America branch on Wednesday afternoon.

As she attempted to flee, police were waiting outside. They quickly took her into custody, saving the baby from the woman.

An Appleton, WI, police officer was stabbed and another was cut early Tuesday in what the Appleton Police Department is calling an ambush attack in the station's parking lot.

Ford Motor Company, in collaboration with GE Healthcare, announced it will begin producing in Michigan a third-party ventilator with the goal to produce 50,000 of the vitally needed units within 100 days and up to 30,000 a month thereafter as needed.