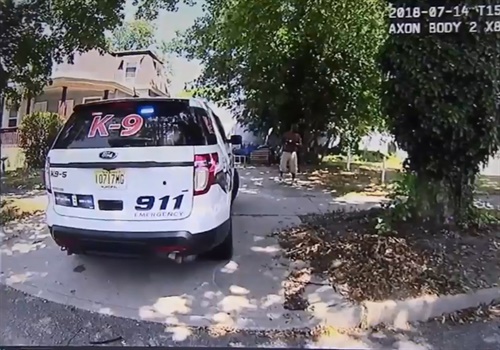 Cumberland County (NJ) prosecutors have released bodycam footage of an encounter on Saturday between Vineland police and a man who claimed to be holding a bomb.

For nearly 30 minutes, police attempted to get the man to drop what he was holding.

But ultimately, the subject began walking toward the officers, who then opened fire, killing the man.

Witnesses said the man — identified as 27-year-old Rashaun Washington — "appeared disoriented and refused to take instructions from police," according to WPVI-TV.

The Cumberland County Prosecutor's Office said the incident is under investigation.