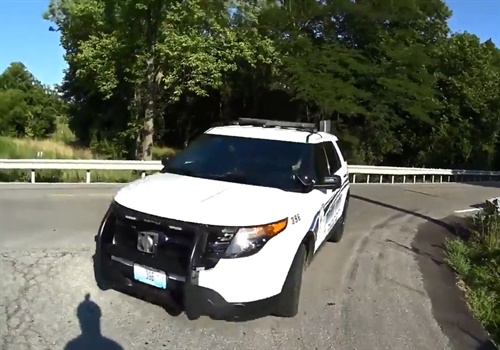 A police officer with the Peculiar (MO) Police Department has been suspended after a "distracted driving" collision with a stationary bicyclist, according to KMBC-TV.

According to the Missouri Highway Patrol crash report, Officer Charles Wallace was behind the wheel of a 2014 Ford Explorer patrol vehicle when he made a left-hand turn, cut the corner too sharply, and struck the bicyclist, who was wearing a helmet camera that captured the entire event on video.

Officer Wallace can be heard on the video saying, "That was my bad."

Wallace has been suspended with pay until an investigation is completed.