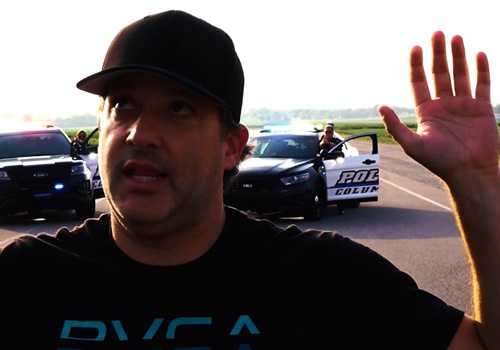 The Columbus (IN) Police Department released its answer to the viral "lip-sync challenge" on Facebook, and it included an appearance by one of that city's most famous native sons — NASCAR driver Tony Stewart.

In the opening segment of the video, officers pretend to pursue at high speed and then pull over Stewart on a desolate rural road.

"Smoke" exits the vehicle, raises his arms, facing away from the officers. He and three female officers then lip sync the refrain "turn around, bright eyes" from the song "Total Eclipse of the Heart" by Bonnie Tyler.

The video also includes segments of songs by Journey and Miley Cyrus, and even the theme song from the TV show "Friends."