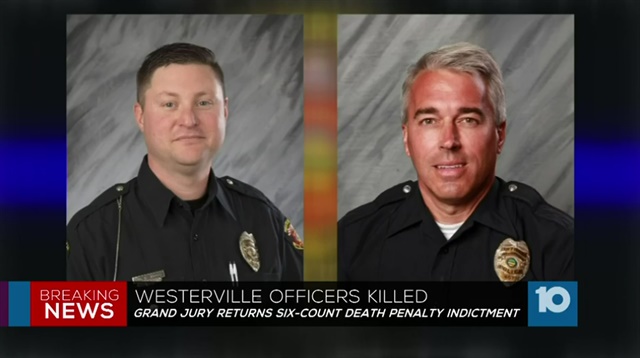 The man accused of fatally shooting two Westerville, OH, police officers responding to a hang-up 911 call was indicted Friday on charges that carry the possibility of a death sentence, reports 10tv.com.

The case is eligible for the death penalty because police officers were killed in the line of duty and also because more than one person was killed.

Investigators said Smith fired on the officers as they entered his townhouse on Feb. 10. Smith was shot and wounded and hospitalized for several days.

The Fraternal Order of Police said a death sentence is the only acceptable outcome.

Arraignment for the death penalty case is set for Wednesday, March 28.