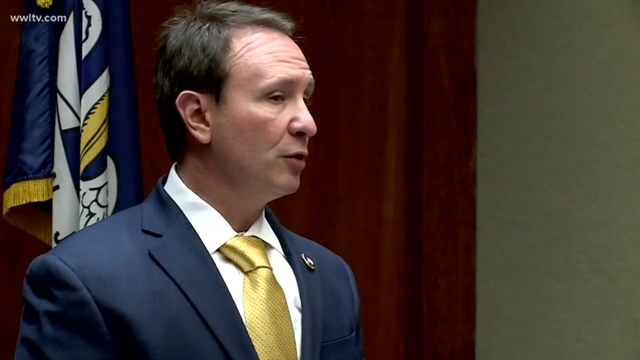 The decision comes nearly a year after federal authorities closed their investigation into the shooting, which was captured on cellphone, surveillance and body cam video, and announced they would not prosecute officers Blane Salamoni and Howie Lake II, the officers involved.

Sterling was fatally shot outside of the Triple S Food Mart during a struggle with the officers, which touched off weeks of protests and riots in the city.

“Both officers reported that when they were on the ground, they saw Sterling’s right hand in his pocket, with his hand on a gun,” the Justice Department reported in announcing it would not prosecute them. “Officer Salamoni reported that he saw the gun coming out and attempted to grab it, but Sterling jerked away and attempted to grab the gun again. Officer Salamoni then saw “silver” and knew that he had seen a gun, so he began firing.”

Sterling’s family and activists urged Landry to pick up the case and file state charges against the officers since federal authorities declined to prosecute them, WUSA TV reports.