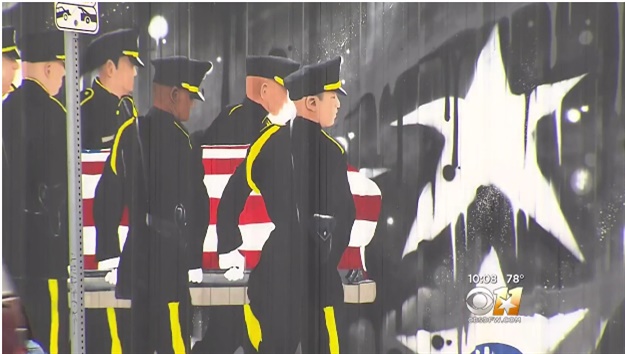 It was painted to honor the five officers who died during the July 7, 2016 Dallas police ambush.

But a mural on Monday night was torn down after the City of Dallas filed a lawsuit against the property owner.

The painting in question was located in North Oak Cliff at the Last Call Lounge on Centre Street.

The mural listed the names of the five fallen officers.

The City of Dallas said the fence, not the mural, at Last Call Lounge violates code and can conceal illegal activity, CBS DFW reports.

The deconstructed mural now sits at the Dallas office of the National Latino Law Enforcement Organization which will find a new permanent spot on its grounds.