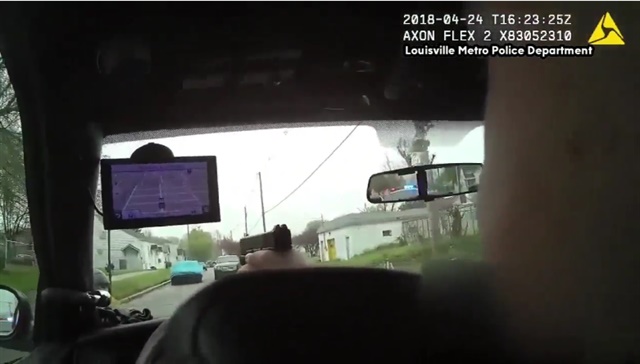 A robbery suspect fleeing from officers in Louisville, KY, was shot and killed by police, with one of them shooting through his patrol car windshield. The man had reportedly opened fire on an officer and officers returned fire.

Body cameras captured dramatic video of one officer firing several shots through his windshield as he approached the suspect and another officer firing more than 15 times at the armed suspect.

Demonjhea Jordan, 21, was taken to the University of Louisville Hospital where he later died.