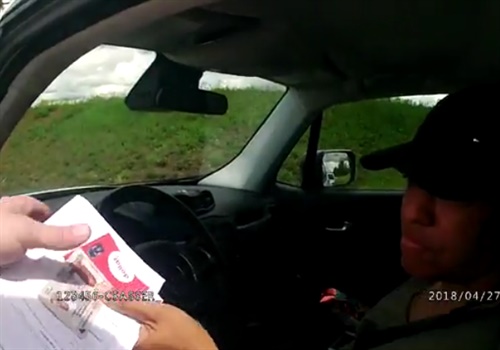 After an accusation of racism during a Virginia traffic stop went viral, the Brunswick County Sheriff's Office has released a full, uninterrupted body cam video of the incident to refute the claim.

The traffic stop happened on April 27, when Hilton-Williams was heading home to Greensville, SC, after watching her daughter play in a tennis tournament.

In the video, Hilton-Williams said she feared for her life, reports WTVR.

Brunswick County Sheriff Brian Roberts got calls from people who had seen the Facebook video. After reviewing body cam footage of the traffic stop, Roberts said the stop was completely by the book, and his deputy did nothing wrong. And he released the footage to make that clear.