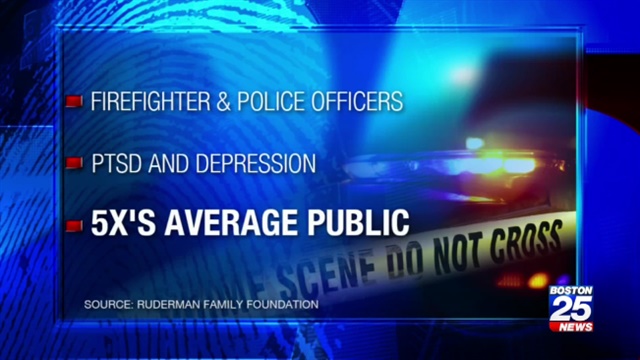 VIDEO: More Officers Dying From Suicide Than Duty Deaths in 2017

After extensive research, a study by the Newton-based Ruderman Family Foundation found police officers and firefighters experience PTSD and depression at rates five times higher than the average public.

"It's so deeply ingrained that they're the fixers and they don't need to be fixed," says Janice McCarthy, whose husband Capt. Paul McCarthy of the Massachusetts State Police suffered from PTSD and took his life in 2006. "That's a myth. Everyone needs to be fixed."