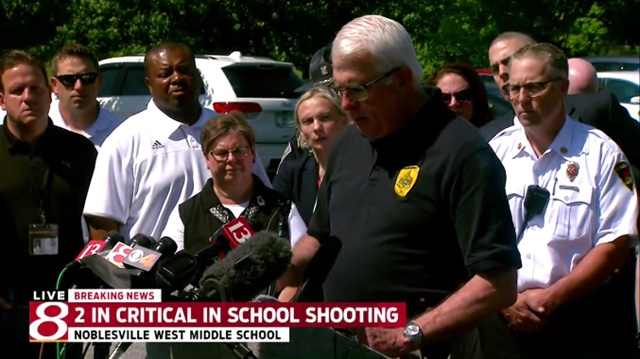 Two people were in critical condition and a shooter was in custody after a shooting Friday morning a Noblesville, IN, middle school.

The Noblesville Police Department said the first call from West Middle School came in at 9:06 a.m. Two people were shot, a 13-year-old girl and a teacher.

A male student was detained and taken into custody, WISH TV reports.