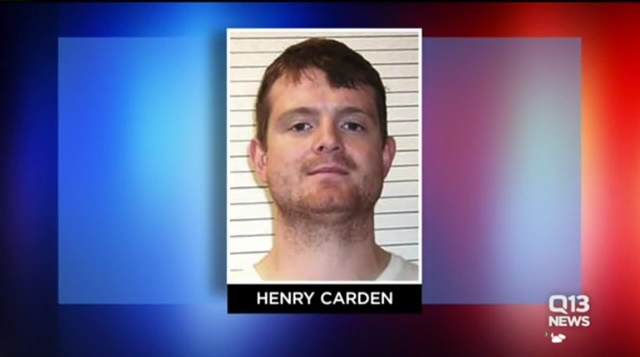 The suspect who died during a gun battle with a Pierce County, WA, sheriff's deputy earlier this week was wearing body armor and shot himself in the head, officials said Wednesday.

Deputy Daniel McCartney, 34, of Yelm, was fatally shot Sunday night while he was investigating a home invasion in Frederickson. One suspect, Henry Carden, was killed at the scene. The other suspect, Frank Pawul, allegedly fled and a manhunt was launched before he was apprehended on felony warrants and eventually booked on suspicion of first-degree murder, reports KCPQ.

The Pierce County Sheriff's Department released many new details of the chaotic scene during a news conference Wednesday afternoon in Tacoma.

Sheriff Paul Pastor and Det. Ed Troyer said they hoped to dispel rumors and clarify details of the murder investigation. They had three main points:

There were multiple shots fired during the gun battle. Evidence shows that one suspect fired the shot that killed McCartney, and that McCartney fired multiple rounds in return. Most struck Carden's body armor, and Carden died of a self-inflicted gunshot wound to the head.

The residence in this case is a "trap house." It was known to deputies for drugs and other crime.

McCartney did not violate department policy by pursuing the suspects alone. He acted just as any other deputy would act in that situation.