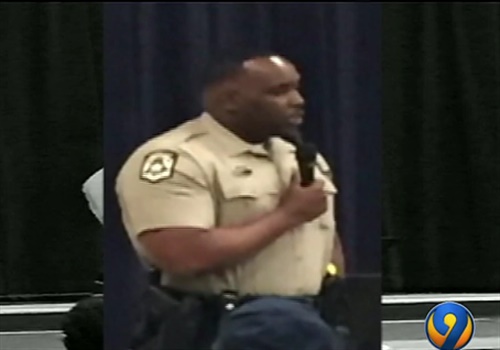 The man found shot to death Monday in a northeast Charlotte home was a Mecklenburg County sheriff's deputy, officials with the Sheriff's Office said.

Deputy Sheriff James Hawkins had been with the Mecklenburg County (NC) Sheriff's Office since 2005 and was assigned to arrest processing, authorities said in a news release.

He was shot to death in what police believe was a domestic-related shooting, and his wife, Rataba Hawkins, who is also a deputy, is part of the homicide investigation. She was put on administrative leave, reports WSOC-TV.

Authorities have not explained how Rataba Hawkins was involved. She has been with the Sheriff's Office since 2002 and is assigned to field operations.

"From the time I walked in, this affected me last night, my sleep," Mecklenburg County Sheriff Irwin Carmichael said.

"Our hearts go out to their family as they cope and grieve with this tragedy," officials said in a news release.

No charges have been filed.