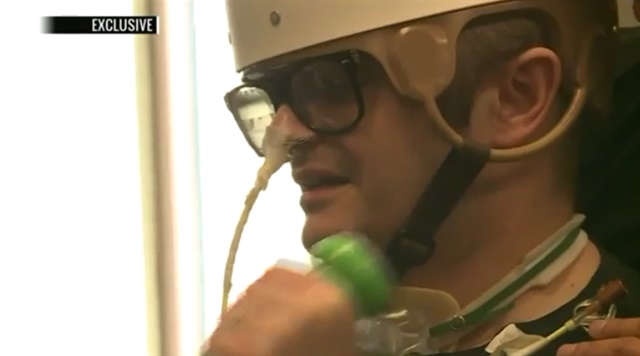 Arnold, MO, Officer Ryan O'Connor, 44, was shot in the back of the head December 5 by a burglary suspect he was transporting to the Arnold Police Department.

It was unclear whether he would survive. But now he is making considerable progress in recovering from his traumatic brain injury. Barbara O'Connor says it is nothing short of a miracle that her husband has begun to speak, reports KTVI.

"He shared his first sentence with me, which was 'I just got to get my badge,'" she said. "I laughed. I cried. I gave him his badge."