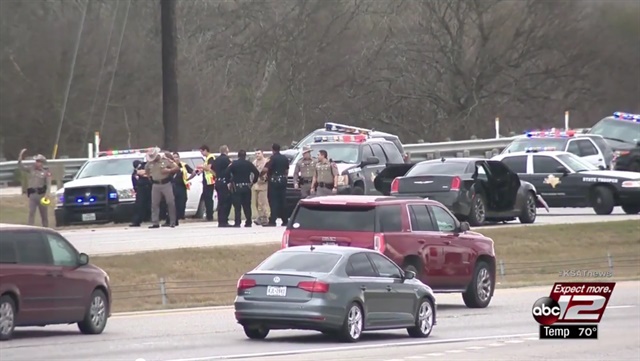 A Texas Department of Public Safety Trooper and a suspect were airlifted to University Hospital after a shootout unfolded along I-10 East Sunday afternoon.

According to DPS spokesman Deon Cockrell, the shootout happened after the suspect gave the trooper a false name during a traffic stop, resisted arrest, and fled, leading the trooper on a chase, reports KSAT.

The trooper was flown to University Hospital in the DPS helicopter after suffering a gunshot wound to the arm, according to scanner traffic. The suspect was taken to the same hospital via AirLife, also with a gunshot wound.

Cockrell did not provide the condition of the trooper or the suspect.