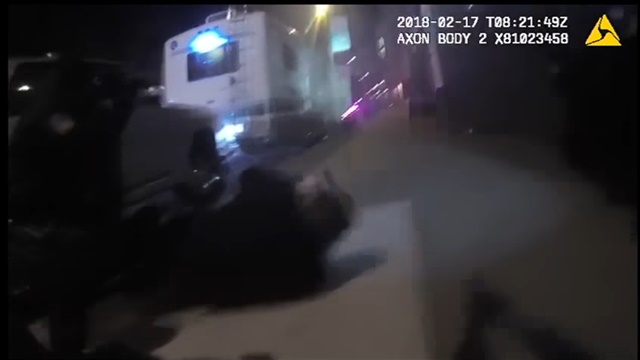 The body cameras of seven San Francisco police officers captured a fierce gunfight between them and a murder suspect holed up in an RV on a city street.

Police say after a murder suspect, Joel Armstrong, carjacked a vehicle to get away on Feb. 16, they tracked him to Alameda and De Haro streets near the San Francisco Design Center. He refused to come out of an RV after repeated orders.

Three people and a dog emerged, but the suspect stayed inside, CBS Bay Area reports.

Moments later, someone in the RV opened fire, sparking a blistering response of return fire from the officers.

The suspect surrendered shortly after the last shot. No one was hit.