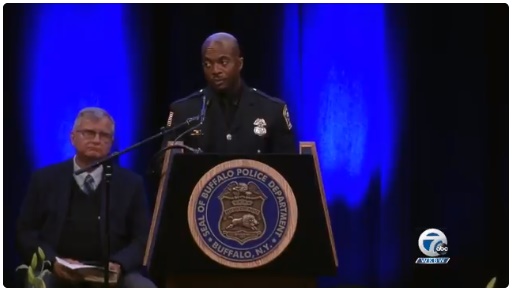 Members of the Buffalo Police Department, including Lehner's partner Tommy Champion, spoke of Lehner's love and dedication for his job, especially for his K-9 Shield. Champion was able to tell stories about Lehner as a police officer and Lehner as a great human being. "I refuse to say goodbye," said Champion.