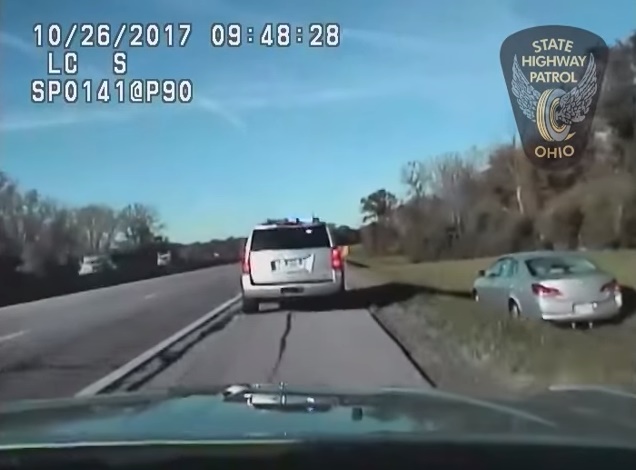 A 10-year-old boy who reportedly stole a car Thursday belonging to his mother's boyfriend before school and led police and state troopers on a 45-mile high-speed chase that topped 100 mph was blocked in by troopers after he drove into a ditch to avoid spike strips.

The Ohio State Highway Patrol dash camera video of the chase and the boy's arrest shows the boy driving on the opposite side of a metal barrier on the side of the Ohio Turnpike in Milan, successfully avoiding the spike strips and delaying the trailing police cruisers.

But the troopers caught up and boxed him in. One trooper then executed a PIT Maneuver to end the chase.

Troopers pulled the boy out of the car through the window. He kicked at the troopers and spit on them off camera, according to state patrol Lt. Richard Reeder.

It was the second time he took a family member's car for a joyride in two weeks, Cleveland.com reports.

The boy told the officers he took his mother's car because he was bored, police said.