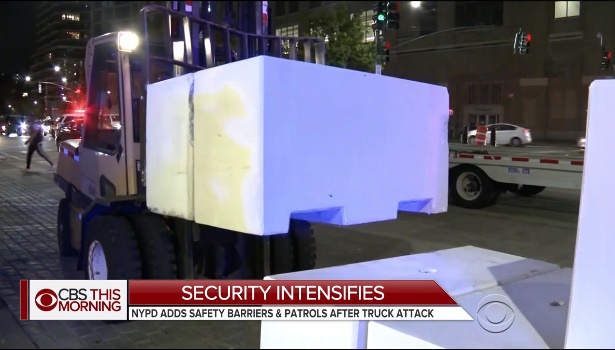 More than 50,000 runners are signed up for the 26.2-mile marathon across the five boroughs Sunday.

"We more than doubled our observation team, our rooftop observation posts as well as our counter sniper teams from the emergency services unit, and we have also added more heavy weapons teams," the NYPD's chief of patrol, Carlos Gomez, said.

Race organizers say lessons learned are being applied in response to terror attacks, following the one at the Boston Marathon in 2013 and this week's truck attack in lower Manhattan.