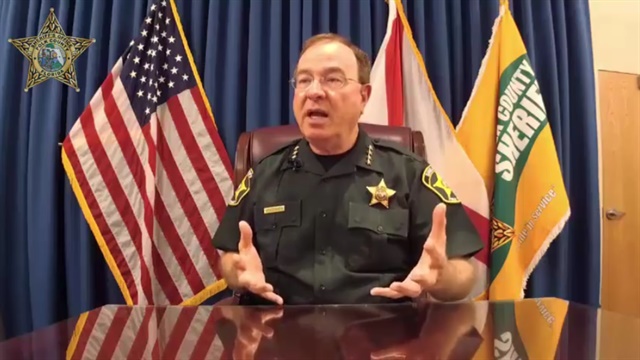 The Florida sheriff who told sexual offenders and predators to steer clear of shelters during Hurricane Irma has made another strong statement.

In a Facebook video, which had more than 73,000 views by midday Wednesday, Polk County Sheriff Grady Judd called on residents to arm themselves to be prepared for the next active-shooter situation, the Washington Post reports. He called the Texas church gunman “a nut” and “mentally deranged, obviously.” Then he added, “Someone’s got to be there with a gun to stop them.”

“I mean, think about it,” he says in the video. “He shows up with an AR-15 and a lot of ammunition, sure it’s easy to kill people when there’s no one there shooting back. But all of that changed when the neighbor shows up with a gun and starts shooting at him.”