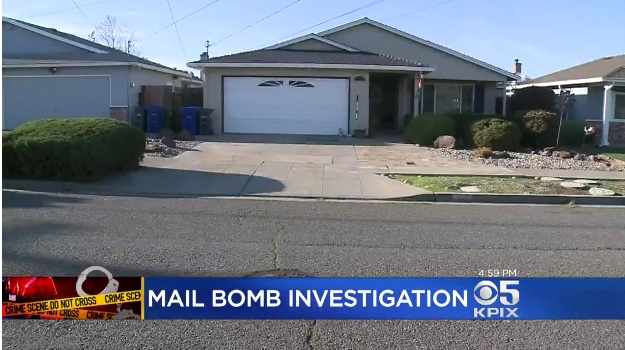 The wife of a Bay Area police officer was injured Friday when a homemade explosive was sent through the United States Postal Service, hand-delivered to their front door, and exploded after the woman opened it.

The package was delivered by the USPS to the police officer’s home on Bay Farm Island in Alameda. He was off duty at the time.

Sources said when the officer’s wife opened the package, she thought it looked suspicious so she threw it. When the bomb exploded she suffered minor burns and ear trauma from the blast.

Investigators do not know why the police officer was targeted.

KPIX 5 has learned whoever made this explosive is likely responsible for a similar bomb that was mailed to a home in East Palo Alto in October.