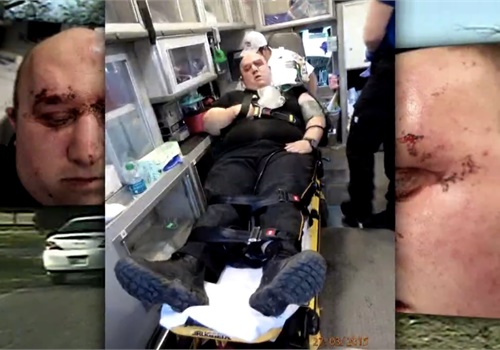 VIDEO: Man Charged in Thanksgiving Killing of TX Trooper Brutally Attacked Another Officer 2 Years Ago, Out on Plea Bargain"

In a matter of seconds, the 2015 encounter between a Smith County (TX) Sheriff's deputy and Dabrett Black would become very violent.

The deputy suffered a broken nose and two black eyes during a beating that lasted almost two minutes. He needed six stitches to close wounds above both his eyes.

It was the first of three violent confrontations with law enforcement – the last of occurred Thanksgiving when police say he pulled a rifle during a traffic stop and shot Trooper Damon Allen in the back.

So how did Black escape prison time for the 2015 incident in a county not known for leniency?

Court records show Jacob Putman, a Smith County prosecutor, cut a plea deal dropping an assault on a peace officer charge to a misdemeanor. He also agreed to drop a felony charge alleging that Black tried to take away the deputy’s gun, WFAA TV reports.