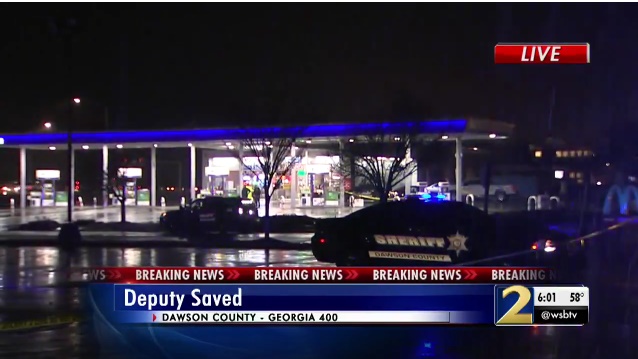 A bystander shot at a man who was attacking an officer outside a gas station, according to the Sheriff's Office in Dawson County, GA.

Officials said a deputy was giving the man a ride to a Chevron gas station. The deputy was about to give the man money when the man began to beat the deputy in the face and head with his fist, authorities say.

An innocent bystander saw what was happening and shot at the man, who ran across the street to a McDonald's. Deputies said the man was arrested at the restaurant after he assaulted a woman, WSB TV reports.