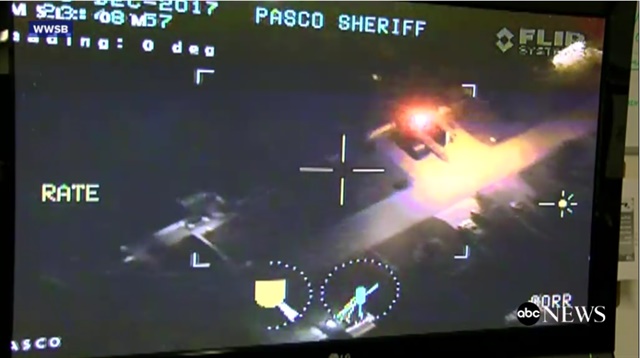 Two police helicopter pilots in Pasco County, Florida landed in a community center parking lot and chased down a suspect this week after he allegedly aimed a red laser at them from the ground, blinding them temporarily, police said Wednesday.

“The suspect aiming the laser at the aircraft was blinding the pilot and causing a hazard while interfering with the mission of the aircraft,” the statement said. “The pilot was forced to disengage from the primary mission and address the laser suspect.”

Bowman, a five-year veteran of the sheriff’s air unit, said there were no officers available on the ground to investigate the incident, so he landed the plane in the Portuguese American Cultural Association parking lot and did it himself.

It wasn’t long before he had arrested a suspect, Ryan Fluke, 27, for misuse of laser lighting devices, ABC News reports.