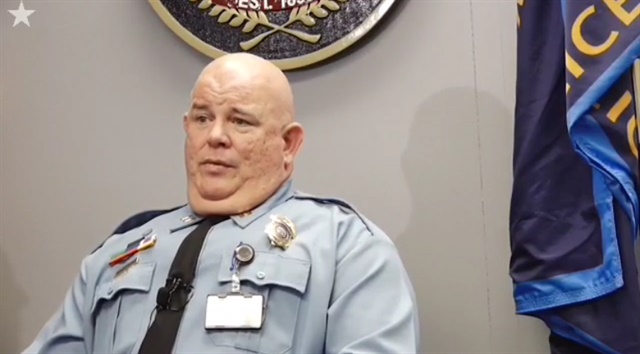 As the chaotic scene unfolded and the gunman methodically walked through the aisles of the Lenexa Costco on Nov. 26, off-duty police Capt. Michael Howell knew his best tactic would be the element of surprise.

When the gunman, later identified as Ronald O. Hunt, announced, “I’m an off-duty U.S. Marshal, I’m here to kill people,” Howell realized that he had only one option.

The 22-year veteran of the Kansas City, Kan., police department weaved through the aisles and confronted Hunt. A video of the encounter was released Thursday.

When the off-duty captain said police a second time, Hunt turned and pointed his pistol at Howell.

“That is when I fired at him,” Howell told the Kansas City Star. “And he went down.”