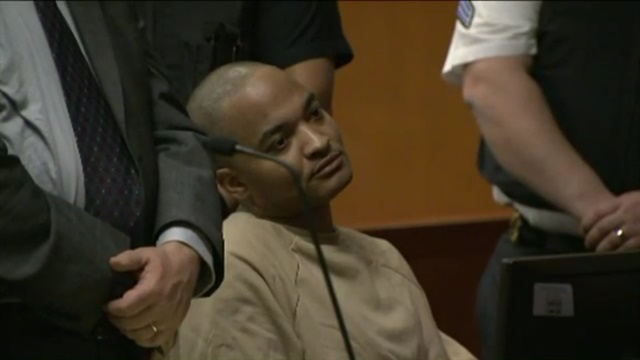 A convicted cop killer was sentenced to life in prison Tuesday for the murder of Detective Brian Moore, who was shot and killed in 2015 when he and his partner tried to stop the shooter on suspicion that he was carrying a handgun.

Demetrius Blackwell, 37, had pleaded not guilty but was convicted by a jury last month on multiple counts, including murder.

A judge sentenced Blackwell to life in prison without parole for first-degree murder in the killing of Moore. He was also sentenced to "natural life" for the attempted murder of Moore's partner and 14 years for criminal possesion of a weapon, all to be served concurrently, PIX 11 TV reports.

"To make that simple for your compromised brain, you're gonna die in prison. You will never breathe fresh air outside the confines of a New York State prison," the judge said.

According to an investigative report by the local Fox 9 news outlet, the three council members, Andrea Jenkins (Ward 8), Phillipe Cunningham (Ward 4), and Alondra Cano (Ward 9), were granted a security detail shortly after Memorial Day, which cost the city about $4,500 a day and ended on June 29.

An Eaton County deputy located Sean Ernest Ruis' vehicle at about 7:13 a.m. in a neighborhood several miles away on Jerryson Drive in Delta Township, MSP Lt. Brian Oleksyk told the Lansing State Journal. When the deputy made a traffic stop, Ruis got out of his vehicle and approached the deputy with a knife, Oleksyk said.

The officers were reportedly marching with community members protesting the city's unprecedented rise in gun violence. It appears they were attacked by anti-police counter protesters.

Officer Jonathan Shoop, 32, started his law enforcement career with the Bothell Police Department on June 3, 2019. Before joining the Bothell PD, he served in the Coast Guard.