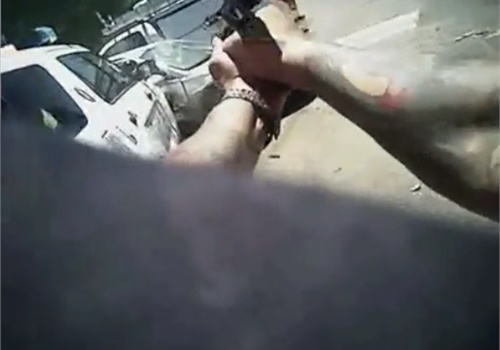 A man shot by Denver Police on June 18 at the end of a vehicle pursuit is claiming excessive force because of the number of shots fired at him. The suspect reportedly waved the muzzle of a rifle out his car's window before the chase.

Keith Roberts is charged with leading police on a chase, sometimes reaching speeds in excess of 80 mph.

After the suspect lost control of his vehicle and was rammed by a police SUV, two officers fired at least 27 rounds at him. Eight of the bullets hit the suspect.

A rifle was found within arm’s reach inside the suspect’s vehicle, KDVR reports.

Roberts will stand trial beginning Jan. 22 for the charges he is facing from the day of the shooting. His attorney says he plans to use excessive force as a defense.