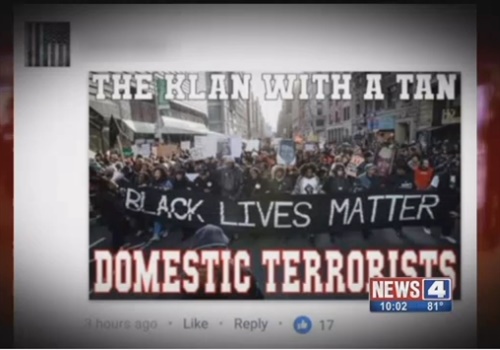 The St. Louis Police Department (SLMPD) is investigating one of their own because of a Facebook meme that calls Black Lives Matter protesters "domestic terrorists." The meme also shows the wording "the Klan with a tan."

The officer reportedly posted the meme as a comment on a woman's post explaining why she participated in the past weekend's protests. The comment has since been deleted, reports KMOV.

SLMPD have confirmed they are investigating this person, who is indeed an officer, but they will not comment further at this time.