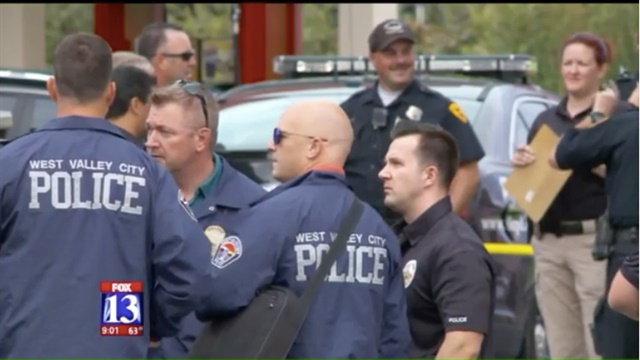 A suspect was shot and killed by Salt Lake City Police Thursday after the suspect seized an officer's baton and used it to attack police.

Police made contact with the suspect in the parking lot of a Maverik gas station.

A witness tells Fox 13 they saw a police officer make contact with a man in the parking lot, and the witness said they saw the man reach for the officer's belt, take his baton and attack the officer.

"I saw the officer sustain six or eight blows with his own baton, at that point two or three other officers arrived and they tried to stop the attacker," John Haglund, a witness, said. "He did not respond to their suggestion to stop, so they drew their guns and they fired."