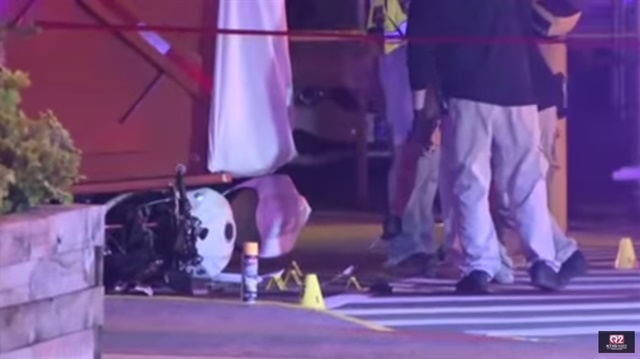 It started around 7:30 p.m. when a 16-year-old boy was struck by a garbage truck, authorities said. The teenager was killed in the crash. He might have been walking or on a bicycle.

While police were investigating the incident, the motorcyclists drove through the accident scene at 9 p.m., authorities said. The New Jersey State Patrolmen's Benevolent Association said three officers were struck.

Two motorcycles were involved, police said. One of the motorcyclists escaped, while the other crashed at the scene and survived, according to the Hudson County Prosecutor's Office.

The association said officers were taken to hospitals. Their conditions were not immediately learned, but they were expected to survive.