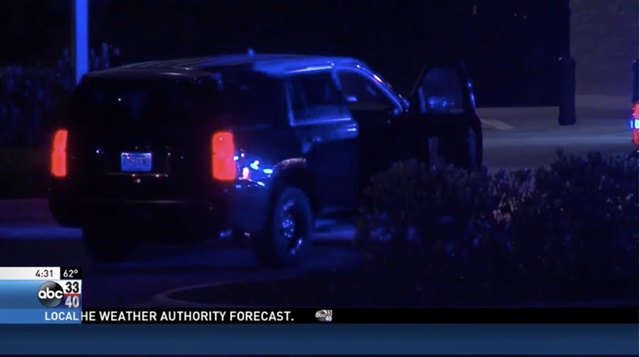 A Homewood (AL) Police officer was in serious condition Thursday morning after police say he was shot by a suspect trying to run from him. The suspect was killed when officers returned fire.

The officer, a two-year veteran of the department, was rushed to Grandview Medical Center in serious condition after he was struck in the upper leg. Police said later Thursday morning he was expected to make a full recovery. His name has not been made public but police officials say he is a married man in his twenties.

Homewood Police say the shooting happened around 2:00 a.m. after a pair of their officers pulled up on three men gathered outside a pair of vehicles in a store parking lot. Police say one of the men tried to run away from them. It was apparent the getaway attempt did not go far. After officers tried unsuccessfully to stop the man with their Tasers, they say he pulled a gun on them, striking one of the officers in the leg. The officers returned fire and killed the gunman in the parking lot. Two other men did not flee and were taken into custody, ABC3340 reports.