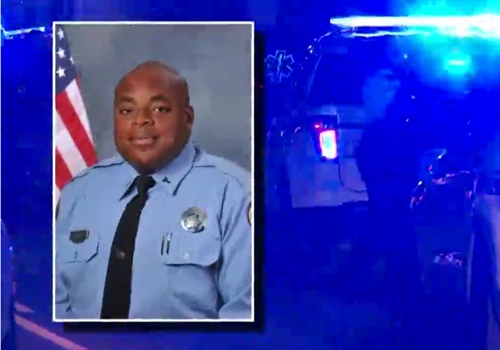 If convicted, Bridges faces life in prison or the death penalty, reports WWLTV.

McNeil and three other NOPD officers were on patrol when they made an "observation" that caused them to hop out of their police vehicles, at which point Bridges allegedly opened fire and hit McNeil several times.

Harrison said that one or two of the officers returned fire, wounding Bridges, who then ran into a nearby apartment. Police say Bridges later surrendered and was taken to the hospital.

McNeil leaves behind a wife and two children, ages 5 and 2.

An officer with the Chatham Police Department was injured in a three-vehicle wreck Tuesday night. Two other motorists were injured in the incident, all with serious but non-life-threatening injuries.

Sergeant Keith Wrede reportedly used the pseudonym 'Steven Eric' when he posted "KILL THEM ALL" during a local television station's live coverage of a Black Lives Matter protests on Facebook Live.

State prosecutors have rejected an argument by a former Minneapolis police officer charged in George Floyd’s death that he was "just a rookie overridden by a senior officer at the scene."

Indiana Officers Charged with Assault on 2 Women During Protest

Two officers with the Indianapolis Police Department are facing multiple criminal charges after a confrontation with two women at a protest following the death of George Floyd.