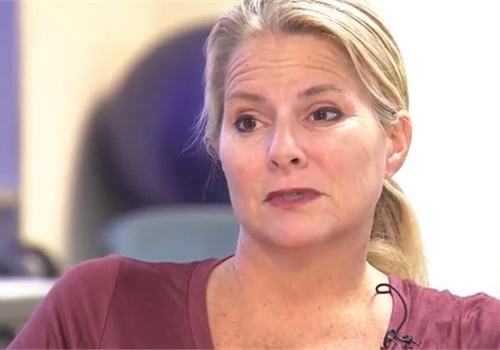 A Los Angeles County Sheriff's deputy who was shot at a concert in Las Vegas two weeks ago spoke to KTTV on Sunday as she recovers at St. Jude Medical Center in Fullerton, CA.

Lori Kammer, a 16-year-veteran of LASD, and her husband Todd Kammer, a longtime sergeant with LASD, were both attending the Route 91 Country Music Festival in Las Vegas on October 1 when Stephen Paddock opened fire.

Instead of fleeing, the Kammers tried to help save lives. They began ordering people to keep their heads down, and run from the area.

It was during the gunman's third volley that Lori was shot.

Lori's injuries were dire. The bullet hit her pelvis and fragmented into her stomach, damaging her intestines. After surgeries and a stint in the ICU, she was flown to Southern California and is now recovering at St. Jude.

"I'd say our training definitely helped save us that night," Todd said.

"It did," Lori said. "Also the adrenaline, you hear about that in the academy and throughout your career, and it kicked in, you know, survival mode. I wanna survive I wanna go home and I wanna see my family."

She expects she won't be back at work for 9-12 months, but she will walk again.